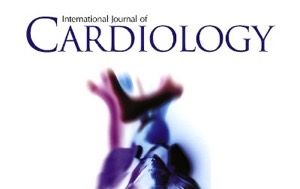 Background: Left ventricular (LV) remodelling (REM) ensuing after ST-elevation myocardial infarction (STEMI), has typically been studied by echocardiography, which has limitations, or cardiac magnetic resonance (CMR) in early phase that may overestimate infarct size (IS) due to tissue edema and stunning. This prospective, multicenter study investigated LV-REM performing CMR in the subacute phase, and 6 months after STEMI.

Methods and results: Patients with first STEMI undergoing successful primary angioplasty were consecutively enrolled. CMR was done at 30-days and 6-months. Primary endpoint was prevalence at 6 months of LV-REM [≥12% increase in LV end-diastolic volume index (LV-REMEDV)]; LV-REM by end-systolic volume index increase ≥12% (LV-REMESV) was also calculated. Of 325 patients enrolled, 193 with a full set of research-quality CMR images were analyzed. LV-REMEDV and LV-REMESV were present in 36/193 (19%) and 34/193 (18%) patients, respectively. At follow up, LV ejection fraction (EF) improved in patients with or without LV-REMEDV, whilst it decreased in those with LV-REMESV (p < 0.001 for interaction). Considering predictors of LV-REM, IS in the highest tertile was clearly separated from the two lower tertiles. In LV-REMEDV, the highest tertile was associated with significantly higher LV-EDV, LV-ESV, and lower EF.

Conclusions: In a contemporary cohort of STEMI patients studied by CMR, prevalence of LV-REMEDV was lower than previously reported. Importantly, our data indicate that LV-REMEDV might not be “adverse” per se, but rather “compensatory”, being associated with LV-EF improvement at follow-up. Conversely, LV-REMESV might be an “adverse” phenomenon associated with decreased LV-EF, driven by IS.