Ischemic heart disease represents the main cause of morbidity and mortality in industrialized countries. This pathology includes all conditions in which there is an insufficient supply of blood and oxygen to the heart muscle and is primarily determined by atherosclerosis, a degenerative multifactorial disease. The activity of this WG, is mainly focused on the study of acute myocardial infarction and coronary heart disease. In particular, studies are underway regarding the evaluation of predictors of remodeling of the left ventricle and the study of the cellular and molecular components involved in the atherosclerotic process. The VavirimS study and the CoPhyTeA study indeed, aimed at identifying early predictors of left ventricular remodeling and those of reperfusion damage that are associated with an unfavorable prognosis in patients with STEMI. Moreover, the research project “Integrated strategies for the study of cellular and genomic determinants of atheromatous plaque” – the Plaque study, is designed to identify neuro-humoral, immunological and transcriptomic markers, involved on the generation of atherosclerotic lesion. Results from these studies will provide the basis for the development of new therapeutic approaches. In particular, it has been observed that, despite the improvements achieved in recent decades thanks to new therapeutic interventions, the mortality of patients after a ST segment elevation myocardial infarction (STEMI) remains high (8% at one month and 12 % at one year). One of the main factors that determine the prognosis is the development of heart failure (HF) in post-infarction, due to the loss of myocardial tissue following the ischemic insult, which triggers the adverse remodeling process of the left ventricle. Another important determinant of the prognosis is the “no reflow” phenomenon, which can occur despite the early recanalization of the “culprit” coronary artery by primary coronary angioplasty (PPCI), due to the damage of the coronary microcirculation that can be associated with the procedure itself (damage from reperfusion). The VavirimS study is an observational, prospective, multicenter study (12 IRCCS of the Cardiology Network) in patients with STEMI undergoing effective PPCI, which will be followed for twelve months after the acute event, in order to assess the predictive value of the myocardial viability measured by cardiac magnetic resonance in identifying adverse remodeling of the left ventricle six months after a STEMI event. The study will also evaluate the diagnostic accuracy of cardiac magnetic resonance at 1 month in predicting LV remodeling at 6 months through the estimation of sensitivity, specificity and negative predictive value of the technique. The CoPhyTeA study is an observational, prospective, multicenter (5 IRCCS) study on STEMI patients undergoing PPCI that will be followed for 12 months after the index event. The primary endpoint of CoPhyTeA is to ascertain the predictive value of the coronary physiology indices measured invasively by means of a special catheter immediately after PPCI on the characterization of myocardial tissue assessed by cardiac magnetic resonance within a week of the acute event. The results of these studies will provide important information for early risk stratification of patients with STEMI and may contribute to a better understanding of the mechanisms underlying left ventricular remodeling and the reperfusion damage with potential therapeutic impact. Atherosclerosis is a pro inflammatory-fibrotic disease of the arterial wall characterized by the presence of plaques with high cholesterol content (atheromas) in the coronary arteries, capable of obstructing or reducing blood flow. The Plaque Project, organized into several workPackages (10 IRCCS), aims to address issues ranging from pathophysiology to the clinical correlates of atherosclerotic plaque. It aims to fill the knowledge gap on coronary and carotid atherosclerotic disease that goes from pathophysiology to clinical correlates, and to respond to a series of unmet needs. The results of the study will provide important data to design new therapeutic approaches towards the control of the generation and development of atheromatous disease. 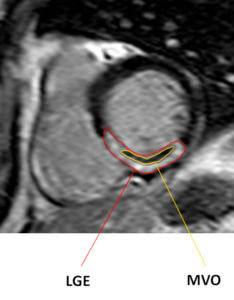 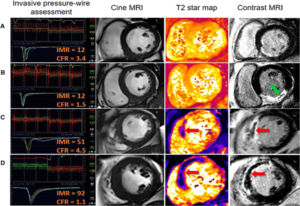